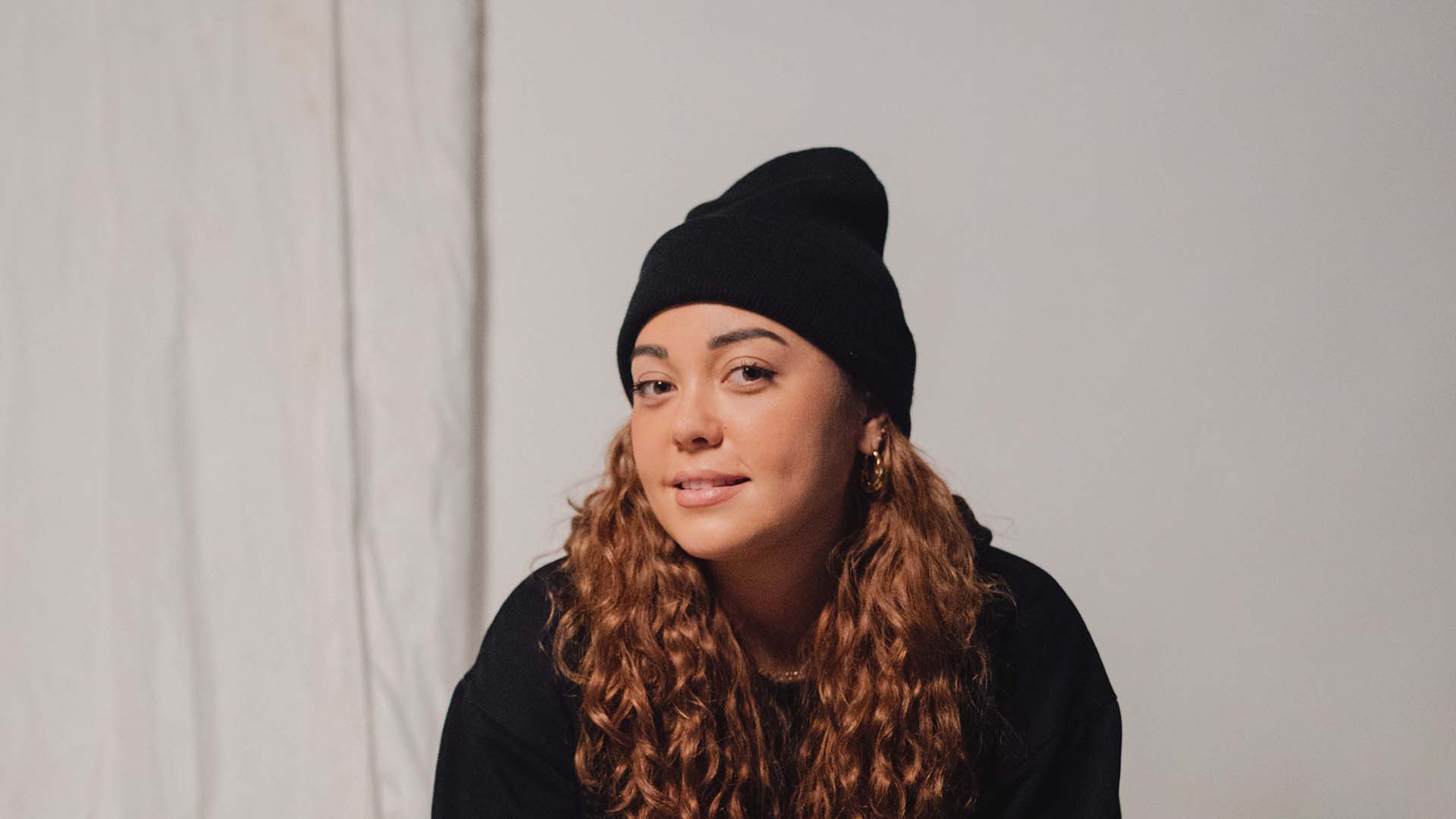 Before Alpha my life was a little hectic, to be fair! I grew up in a catholic household, and then I left and rebelled, and did my own thing. I went and lived in the States for five years, and I was living my best life or what I thought was my best life. I was quite destructive, I spent a lot of time in the States hanging out with people I probably shouldn’t have been, doing things that were destructive to myself and who I was as a person. I thought I was really happy until it felt really lonely, and I realised that actually I wasn’t happy and it was just short lived happiness, pretty wild and not satisfying — it just wasn’t who I wanted to be.

“What was your experience on Alpha?”

So I actually turned up to Alpha a week late. I had been kind of talking myself into going back to church; I had been to various churches and I would get there and sit at the back and hide. I would think this is not for me and then run out half way though. Then my old housemate said, ‘I think you’d really like my church, I think you should come along’, and I kept putting it off… and then I came. It was quite funny, it came up about Alpha and I was like ‘what is this?’ I had heard about Alpha before but was always a bit ‘is it like Sunday School?’, is it going to be us talking about Mary, Jesus and Joseph — so had always been like ‘I don’t know if I want to do it’.

I wasn’t sure, I wouldn’t know everyone, was I going to go and speak to a load of weird people that would try and convert me back into the life that I ran away from so many years ago. But I came, and everyone knew each other because they had met the week prior, so I was a bit lost, but it was great, I just kind of felt at home and felt like that’s exactly where I needed to be. I wasn’t sure what the journey was going to look like, I wasn’t sure if I’d stick it out (because I don’t stick out a lot of things), but I actually did, and I’m glad I did.

“What difference has Jesus made to your life?”

Do you know what, the biggest thing Jesus has taught me about is loving people the way He loves me. I feel like I would try and do the right thing, or say the right thing, or maybe volunteer at this charity to make me feel better as a person, and ultimately that’s just show. It didn’t really hit the core and I’d go home at night an not think about it, think about the person. So, ultimately Jesus has taught me with everything I’ve done wrong in my life He still loves me, He’s waiting for me with open arms, and I’ve not been that forgiving to other people who’ve done stuff to me in my life or my family. He’s taught me to love, to genuinely love every person you come into contact with, because you don’t know what anyone’s going through. I was one of those people who was destructive and would come across as not the nicest person or not as approachable as I’d like to be. So, yeah, He’s really taught me about love.

“Would you recommend Alpha?”

Yeah, I would totally recommend Alpha! I think it came at a time where we were in a pandemic, we didn’t have any human contact for such a long time and I definitely feel like it was something we really needed. It taught me that what’s really important in life is to connect with people, so it came at a great time in terms of being with other likeminded people. It was great and so enlightening because there were so many questions I had growing up, and I was always to scared to ask those questions, because it felt like, ’How dare you ask those questions about Jesus’. There were people in the room who were brave enough to ask these questions that I wasn’t, it really taught me something; and it was even some of the people leading the groups, they didn’t have all the answers. That was also enlightening because to be a Christian is about always having all the answers, it’s about being raw and authentic and figuring it out together, and listening to God’s message. No-one’s higher, there’s no hierarchy. So, yeah, I would 100% recommend Alpha.

We use cookies to ensure you have the best experience possible.

Be the first to know about
what's going on